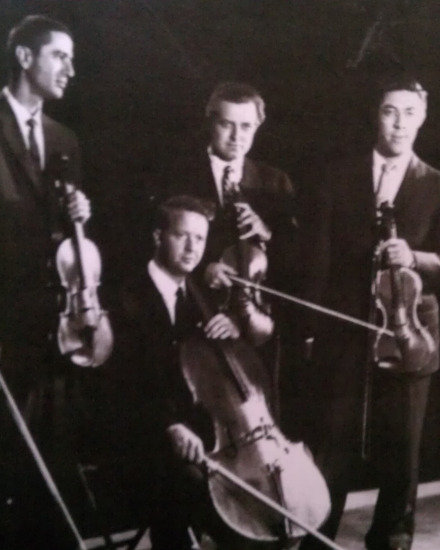 Kathleen Hallahan, Secretary of iMoHR, is a member of several civic, environmental, and human rights organizations. She is a cofounder of iMoHR. She serves as a mentor at San Diego High School. She is an architect, and the principal of Kathleen Hallahan, Architect.

Devinder Hans, an attorney based in San Diego, has been actively involved with organizations working to advance human rights for more than 20 years. With iMoHR, he has organized film festivals and panel discussions, dating back to 2001. He is a founding board member.

John Hector, Treasurer of iMoHR, served in the US Air Force for five years following high school, during which time he attended the US Cryptologic School and served in the elite Security Service as an intelligence analyst. During his military service, he received undergraduate degrees in business and education. After leaving the AF, he graduated summa cum laude from SUNY Cortland with a B.A. in political science, he attended St. John’s Law School in New York City. He is a founding board member of iMoHR. He served as Area Coordinator for Amnesty International in San Diego from 1995 through 2004, and was responsible for the support and direction of all community groups in the county. During that time, he also served on multiple regional AI committees, for strategic planning and membership development. He has also served as a board member with the Alliance for African Assistance, a SD non-profit dedicated to assisting refugees from all over the world in their re-settlement in San Diego. A native of New York, John, who currently lives in New York and San Diego, is a licensed attorney and real estate broker in both states.

Anne Hoiberg, President of iMoHR, is a retired research psychologist with the Federal Government. She is a Past President of the League of Women Voters of San Diego, United Nations Association of San Diego, and National Women’s Political Caucus. Internationally, Anne volunteers as an election supervisor and leader of delegations to United Nations’ conferences and meetings. In 2012, she was inducted into the San Diego County Women’s Hall of Fame. She is a free-lance writer and public speaker on such topics as women’s history and rights, human rights, women’s political participation, and the United Nations.

Fabiola Navarro, a licensed attorney in Chile and in California, began her career as an Immigration Attorney in June 2012 while working for the Employee Rights Center. In September of 2014, she opened her solo practice, Law Office of Fabiola A. Navarro. She is a member of the American Immigration Lawyers Association (AILA).  She is passionate about working for her community and in promoting human rights. Since moving to San Diego in 2005, she has been a volunteer for different organizations, such as the Joan B. Kroc Institute for Peace & Justice at USD, and is a member of Amnesty International (Group 137). In 2013, she was a delegate to the 57th United Nations Commission on the Status of Women. Also, she was invited to give a presentation about Humanitarian Visas at the II International Summit in Aguascalientes, Mexico (II Cumbre Iberoamerica), and she was awarded by KPBS with the Local Hero of Hispanic American Heritage month for being a Human Rights and Immigration activist.

Marianne Reiner, who was born and raised in France, moved to the U.S.A. in 1997. Trained as a lawyer, she worked in different capacities to protect and defend the rights of asylum seekers and refugees arriving in San Diego. After her first child was born, Marianne launched into a new career to be become a full-time legal translator. She now co-owns a boutique translation agency called TransConnect Translation. She continues to volunteer as a translator and interpreter to help refugees and asylees and is an active member of Amnesty International (Group 137).

Tim Spann, an active member of Amnesty International since 1988, served as coordinator of AI (Group 137) from 1995 to 2003. While in AI, Tim became involved in the Death Penalty Abolition Movement. He has traveled throughout the United States to that end. Since 1995, he has been active with Murder Victims Families for Reconciliation, a national organization that is composed of persons who have lost a close family member to homicide. All group participants have taken a position against the use of capital punishment in all cases. For approximately 15 years Tim Spann served as AI Southern California Death Penalty Abolition Coordinator. In addition to organizing more than 40 demonstrations against the death penalty in San Diego, he has spoken extensively at churches, schools, and to a variety of social action organizations. Tim continues to be active with California People of Faith Working against the Death Penalty, which works to inspire the faith community on the issue. He is a founding board member of iMoHR. As the owner of a sign production business, he has provided banners and signs to the abolition movement across the U.S.

Peggy Burckhardt Stamon was born in Ohio and graduated from Ohio State University. She holds a California Lifetime Teaching Credential, a Master’s Degree in English from San Diego State University, and a Ph.D. in Literature from UC-San Diego. She was elected to Phi Kappa Phi Scholarship Honorary at SDSU and was presented with an Excellence in Teaching Award by the Department of Education. Peggy has been a firm proponent of iMoHR since its inception and also supports Amnesty International, Survivors of Torture, and other human rights groups. She is a writer, editor, and translator.

Healy Vigderson, Vice President of iMoHR, has been a board member since 2003. She became a human rights activist in 1988, when she joined the Amnesty International chapter at SDSU Healy was the San Diego chapter coordinator for Amnesty International group 137 from 2003 to 2007, and served on the AI International Congress Meeting delegation from 2007 to 2009. Through public speaking and event organizing, Healy has been a leader in San Diego and has participated in national and international human rights events. In addition to volunteering her time to the human rights movement, Healy is currently the Executive Director of Olivewood Gardens and Learning Center, a nutrition and gardening education center focused on the basic human right of access to healthy food.